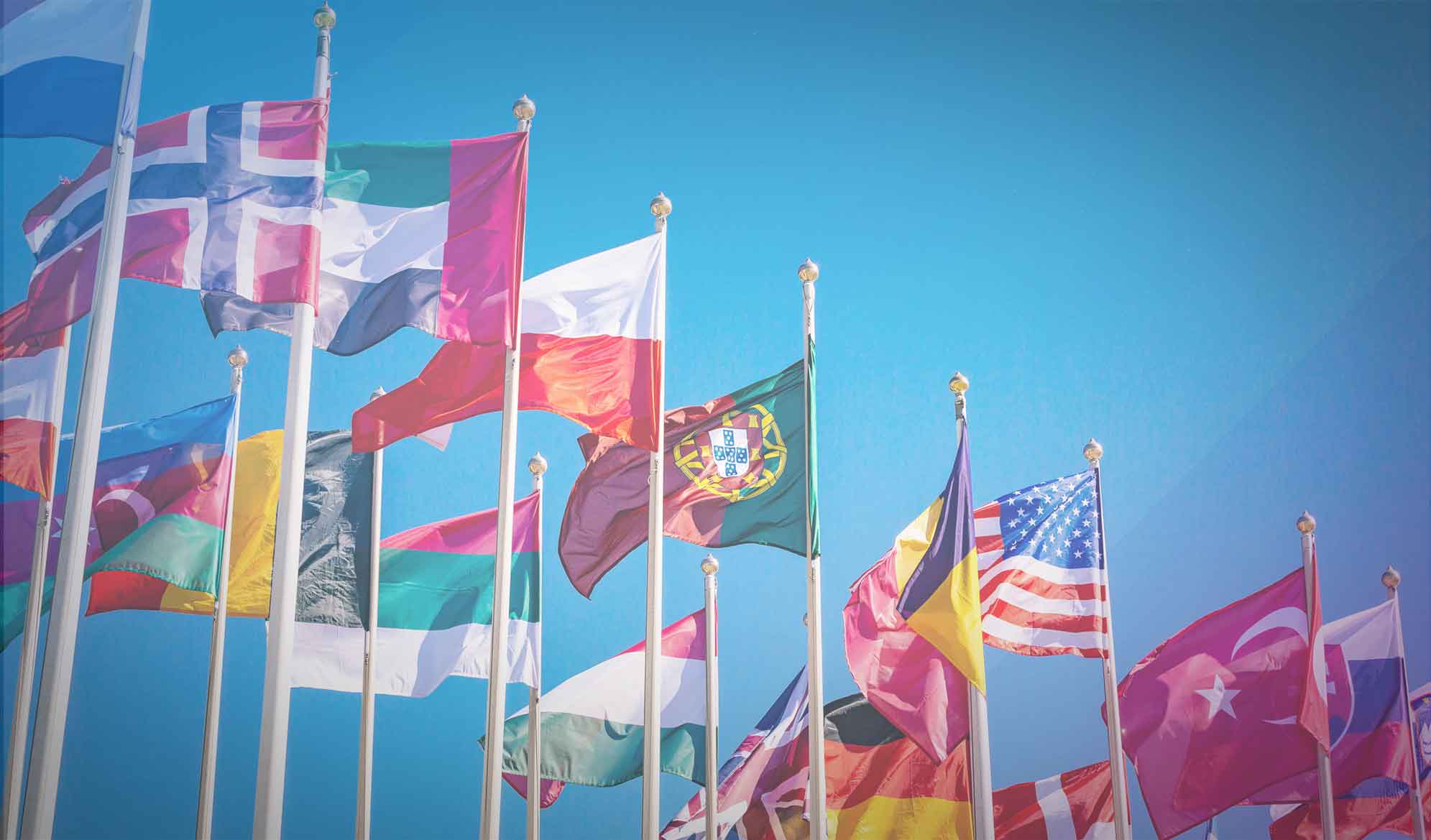 Most international technology companies do marketing only in English – it’s fast, cheap, and most B2B buyers understand it. But, by doing so, they miss out on the six benefits of multilingual marketing. Read this blog for details!

English is the third most spoken first-language in the world - roughly 5% of the world's population are English-speakers. The Chinese and Spanish are bigger language areas. Why is it so that most of the content in the Internet is English - as a matter of fact, 54% of all the content? (Statista)

As the responsible for marketing in an international technology company you are surely used to work with people coming with several different native language backgrounds. You are also used to the fact that the B2B buyers and decision-makers in most industries typically work using the English language. This might make you think that doing technology marketing in English is enough.

However, this is not the case. Here is a rundown of six reasons for why you should do technology marketing in multiple languages, not only in English!

1. You can Get More Organic Search Traffic on your website
‍

Despite that the international B2B buyers in most of the technology sectors are used to work in English, the data clearly shows that they search for information by using keywords in their own language more often than English keywords.

Here are two practical examples from the industrial sector:

When people in Spain, Colombia, and Mexico search for information about “predictive maintenance”, they prefer to use the Spanish keyword equivalent. The below data shows this clearly. In Spain, “mantenimiento predictivo” is used eight times more frequently than its English equivalent, “predictive maintenance”. In Mexico, the gap is even more drastic – the Spanish keyword is used 95 times more often compared to its English equivalent!

The second example below proves that the situation in Germany is the same. The monthly search volume on Google for “laserschweißen” is 15 times higher compared to the English keyword “laser welding”. So, if you only optimize your English content for the "laser welding" keyword, you are bound to miss out on most of the search opportunities in Germany.

In conclusion, if you create your content in English, and localize it also to the local languages used in your target markets, you can reach a much larger audience. In addition to the searches made using the English keywords, your content would also rank for the searches made using the local languages, such as German and Spanish.

The search volume for keywords in the local languages can be tens, or evens hundreds of times higher compared to the English search volume!

2. It is Easier to Rank High on Google with Local Languages

Most, if not all, of the technology marketing content, is produced in English. Only a small portion of the international technology companies publish their content also in additional languages.

The vast amount of English content results in extremely intense competition for popular keywords in the search engines. Ranking on the first search results page can be extremely difficult.

However, a highly competed English keyword can have Spanish or German equivalents, which are a lot less competed, and ranking a webpage at the top on Google can be very easy!

Example: if you are selling predictive maintenance solutions, it is a lot easier to rank on the first Google search result page in Spain, Mexico, and Colombia by optimizing your content in Spanish using the keyword “mantenimiento predictive” compared to the English keyword. The graph below shows that, in fact, the index for the ranking difficulty is 9-12 for English content compared to one for Spanish content. The lower the index is, the easier the ranking becomes.

Although, people in non-English speaking countries search for information by using some highly popular English keywords such as “predictive maintenance”, it could be that only content produced in the local language ranks on the first search result page on Google for that (English) keyword.

Here is an example from Germany: 80% of the links ranking on the first Google search results page for “predictive maintenance” keyword are written in German. The only English webpage is actually Wikipedia.

So, the conclusion is that even though people in non-English speaking countries use English search terms, often it is only the content created in the local language that ranks on the first search result page!

3. You can Publish Articles on Local Technology Media

If you create your articles and press releases only in English, you can get them published on media that runs on English. However, in Spanish and German-speaking countries, there are plenty of popular technology and business media that only cover news in the local languages. This is particularly true in sectors such as manufacturing and process industries.

So, if you want to build a strong technology leadership image in Spanish and German-speaking countries, and several other language areas, you should consider running your Public Relations in multiple languages!

Search engine marketing using the Google Adwords service is probably the fastest and most ROI efficient way for generating sales leads in many B2B technology sectors. However, if you are targeting potential buyers in no-English speaking countries, you should consider running your campaigns using the local language. According to the Harvard Business Review, 72% of online buyers are more likely to buy products when these products were advertised in their own language.

So, to maximize your ROI for Adwords advertising, you must create your ads and the landing page in local languages.

The higher ROI is a combination of three different parameters:

Example: Cost per Click for a Spanish keyword is 70% cheaper compared to the English equivalent.

5. Differentiate from your Competitors through Local Languages

As said, pretty much all technology companies create technology marketing content in English. What would be an easier way to differentiate, and get a head start in the market than producing your content in the local languages?

6. You Can Gain a Higher Return for your Content Investment

Writing, reviewing, and approving a high-quality technology article, which at the same time addresses the customer challenges, communicates your solution in an understandable way and conveys a persuasive call-to-action can take easily three workdays to complete.

Consequently, the production cost of the first language version, e.g., in English, is roughly €2,000.

The translation and localization of each additional language variant would cost roughly €200 per each depending on the length of the article and the target language.

So, with a mere 10% additional content creation investment, you will be able to:

- Differentiate from competitors, and

- Increase the ROI for your Adwords campaigns!

Contact us to Generate International Sales Leads Quickly and Cost-efficiently!

Thank you! Your submission has been received!
Oops! Something went wrong while submitting the form.
Mikko Nurmimäki

10 Thought Leadership Examples for Tech Companies to Learn From

Get our latest news and updates, no spam whatsoever.

Thank you! Your submission has been received!
Oops! Something went wrong while submitting the form
Go Up